Not going to lie. I laughed a little when I read it the first time.

so how does she shoot?
"Well, crap I left it in the other pack." Words of a bushcraft gear junkie.

Bill wrote:so how does she shoot?

As good as expected. Gotter dialed in. Now to practice and get better.

Ran just under 400 rounds today in about 3 hours. Had one double feed near the end but flawless otherwise. I'm close to 1000 rounds down range now. Only one malfunction (not counting the initial trigger issues). I'm very pleased.
2020 - 6 Nights Under The Stars
Personal Best: 17 Nights (2019)

I put the first 100 rounds through mine last weekend. Everything worked great also.
Top

An update on my AR.

I've found that my eyesight is too poor even with glasses. Red dots are out of the question (as I've found out) for me because of my astigmatism. I've had the Vortex Sparc 2 for 2 years now and really tried my hardest to make it work. Nothing I could do. SO I pulled the trigger on a Primary Arms ACSS GenIII 1-6 LPVO. I've only zeroed it and put a through rounds through it but it is already a VAST improvement. Haven't really been able to play with the 1x all that much but it's very clear and is almost a TRUE 1x, it's very close for sure. 6x is great, also very clear and the ACSS reticle isn't intrusive. Once I get some more rounds with it I'll have a better idea of what it's capable of.
Anyway, here it is now: 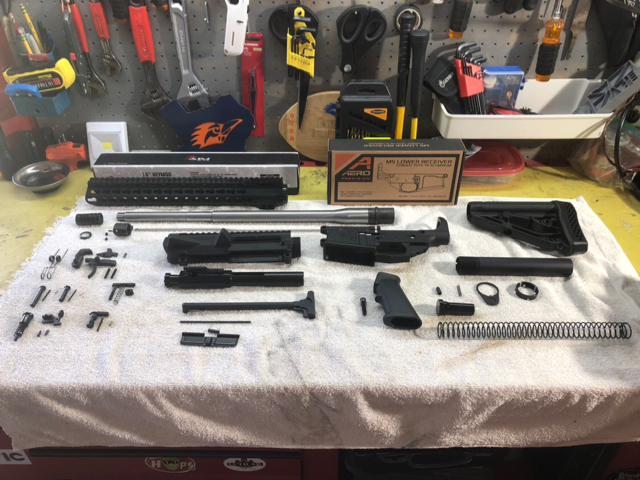